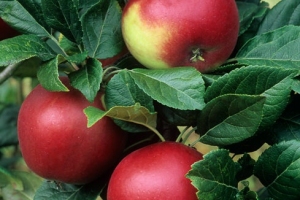 Apples Malus sylvestris var. domestica, the most widely grown species in the genus Malus. The hardy fruits of both dessert and culinary cultivars offer a great variety of flavours and textures. The most common ways of growing them are bush trees ie.Standards, Half-standards and Dwarf bush. They are also grown in restricted forms such as Espaliers and Cordons. 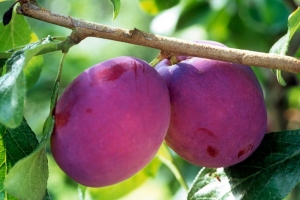 Plums Prunus domestica, are a fine reliable fruit to grow both for eating and culinary use. They include plums, damsons, gages and bullaces. They are grown on a variety of rootstocks, apart from bush varieties, they can also be trained as cordons. 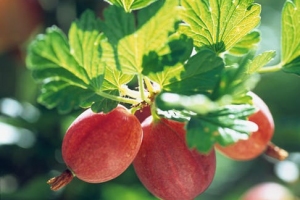